Skip to content
Everything You Need to Know About Hash (Hashish)

Everything You Need to Know About Hash (Hashish)

Hashish, or Hash, is a form of cannabis that has been consumed for centuries and is highly considered as some of the most potent forms of cannabis. It is usually consumed by smoking,either in a pipe, bong, vape or joint, or sometimes via edibles. Hash has a long and colorful history of usage in countries such as Lebanon, Afghanistan, India, Iran, Morocco, and Pakistan. What is it that makes Hash so special? and what is the difference between Hash and Marijuana?

Looking to get a membership in a cannabis club?

What exactly is Hash?

Hashish or Hash for short is a cannabis product derived from the dried resin, or kief, of the flowering tops of mature and unpollinated female cannabis plants. These resin glands are called trichomes. This resin contains ingredients such as tetrahydrocannabinol (THC) and other cannabinoids, but usually in higher concentrations than the unsifted or unprocessed cannabis flower. Nowadays, the strength of unprocessed cannabis flower has significantly increased thus making hash the super potent result product it is today.

Hashish is typically in solid form, but its appearance and consistency actually depends on the process and the amount of leftover plant material. It is most commonly found light or dark brown in color,green, yellow, black, or red.

As hashish is a common derivative of cannabis, it possesses similar psychoactive effects, since its active ingredient is THC. The most well known effect of hashish is a euphoric, mellowy, sedated effect where even some state that it helps relieve anxiety.

Hash can also be further manufactured, and the resin extracted made into hash oil, a substance that individuals are consuming through dabbing and/or smoking with e-cigarettes and vapes. 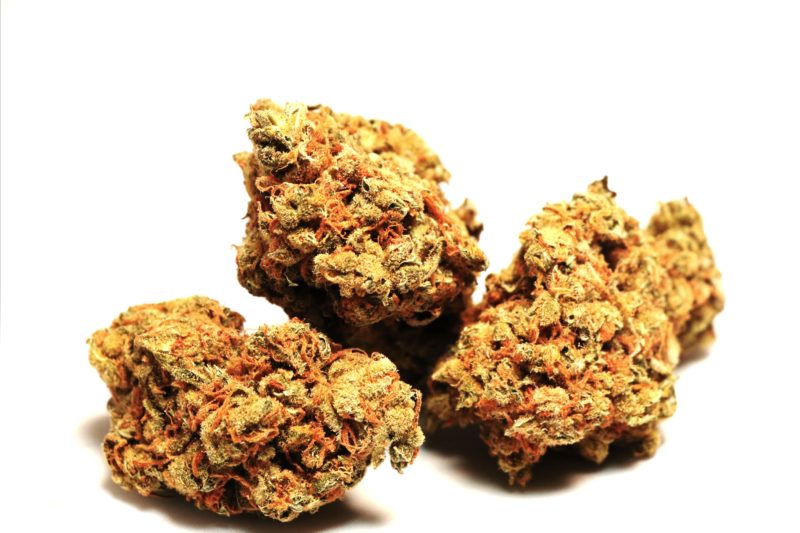 What is the difference between Marijuana and Hash?

One of the main differences is that Hash is found to be considerably more loaded with THC levels than marijuana where hash can reach up 20 to 60 percent THC level whereas Marijuana can range from 10 to 25 percent. Subsequently, this means that it can take much less hash than marijuana to reach psychoactive effects. For someone accustomed to lower levels of THC like the ones found in marijuana, it can be dangerous to assume the results will be the same.

Another striking difference that you’ll notice between smoking hash or weed is the difference in taste they have. Clearly, there are many different kinds of both weed and hash that flavours can vary every time you smoke.

Moreover, traditional hash gives a more subtle high than weed does, this is due to the CBD levels. The heavy stoner buzz that is usually associated with marijuana is normally absent when smoking hash. Marijuana is more likely give you a milder high, with less of a body buzz with it. This causes some people to prefer hash over weed, especially when they want to have a more active lifestyle rather than just lazying out on the spot. Hash, as stated before, also contains higher concentrations of THC, generally. This is due to the production process, in which parts of the plant that are low in THC content are removed from the trichomes.

We here at Cannabis Barcelona share our love equally to both marijuana and  hash! We believe to each his own at the end of the day and following this information, we hope that we are able to help our readers understand better the differences between the two and how that translates into your common smoking practices.

Stay tuned to this website for updates on all things related to marijuana!

Page load link
We use cookies on our website to give you the most relevant experience by remembering your preferences and repeat visits. By clicking “Accept All”, you consent to the use of ALL the cookies. However, you may visit "Cookie Settings" to provide a controlled consent.
Read MoreCookie SettingsReject AllAcceptAccept All
Manage consent

This website uses cookies to improve your experience while you navigate through the website. Out of these, the cookies that are categorized as necessary are stored on your browser as they are essential for the working of basic functionalities of the website. We also use third-party cookies that help us analyze and understand how you use this website. These cookies will be stored in your browser only with your consent. You also have the option to opt-out of these cookies. But opting out of some of these cookies may affect your browsing experience.
Necessary Always Enabled
Necessary cookies are absolutely essential for the website to function properly. These cookies ensure basic functionalities and security features of the website, anonymously.
Functional
Functional cookies help to perform certain functionalities like sharing the content of the website on social media platforms, collect feedbacks, and other third-party features.
Performance
Performance cookies are used to understand and analyze the key performance indexes of the website which helps in delivering a better user experience for the visitors.
Analytics
Analytical cookies are used to understand how visitors interact with the website. These cookies help provide information on metrics the number of visitors, bounce rate, traffic source, etc.
Advertisement
Advertisement cookies are used to provide visitors with relevant ads and marketing campaigns. These cookies track visitors across websites and collect information to provide customized ads.
Others
Other uncategorized cookies are those that are being analyzed and have not been classified into a category as yet.
SAVE & ACCEPT
Powered by

Open chat
1
Powered by
If you are looking for weed, browse our web and follow the instructions.
However, if you need further assistance, please let me know.
In order to help you, please tell me your name, age, nationality and city of residency.
Go to Top