Although many people smoke weed every day for a wide range of reasons, 420 (pronounced four-twenty) has become the unofficial holiday that’s celebrated globally for cannabis consumers. What’s the origin of this special day? Read on to find out! 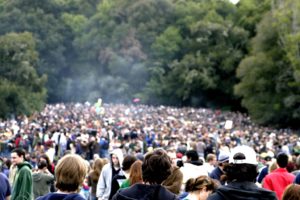 Looking to join a cannabis club in Barcelona ? 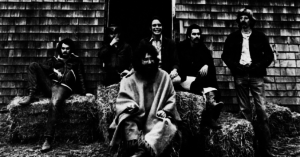 The story began back in San Francisco with five high school stoners who called their group the “Waldos” – a term coined by American comedian Buddy Hackett to describe odd people.

One day, a non-Waldo classmate approached the five Waldos with an unusual tale and a hand drawn map. The classmate pointed to a location on the map that supposedly was a marijuana garden in the nearby Point Reyes National Seashore. He told the Waldos that the cannabis crop belonged to his brother-in-law, adding that the brother-in-law was paranoid of being exposed, but said the Waldos were welcome to the marijuana.

The five Waldos excitedly made plans to find the weed. After school that same day — at 4:20pm – they met and piled into one of their cars, lit up some joints, and drove the 45 minutes to the map’s location. Unfortunately, they didn’t find the crop that day, but vowed to keep searching. From that point on, they would use the code “420” when making plans to meet and go search for their pot of gold – always at 4:20pm.

Although the crop was never found, “420” became their code for meeting and getting high, not just at 4:20pm, but at any time, day or night. There was good reason why the Waldos were so secretive about their weed use: Back in 1971, smoking marijuana was taboo everywhere and people were going to prison after being caught with even small amounts. Plus, one of the Waldos had a father who was a narcotics agent for the California Department of Justice!

After high school, the Waldos went their separate ways, but they all kept in close contact. The 420 code remained their secret – until one day when one of the Waldos was invited backstage to a Grateful Dead concert. This Waldo was friends with band member Phil Leash, who gave him backstage passes. He invited the other Waldos and they all soon became roadies with the band. They would get high with the band members and even introduced The Grateful Dead to the 420 code.

Once the band members started using the code themselves, they began to post it in flyers that were circulated at their concerts, proclaiming 420 as the password of stoners everywhere. The code soon began to spread globally; it was even added to the Oxford English Dictionary.

420 also began to be used on cannabis gear, from T-shirts to hats, and some of the more liberal hotels and tour companies would advertise themselves as “420 friendly.” A brewing company near San Francisco even released a special “Waldos Special Ale” on 420 (April 20th ), and gave the five Waldos lifetime passes for free beer! 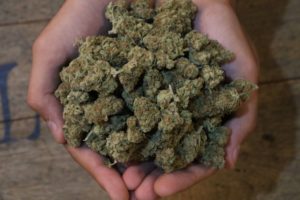 Today, 420 is celebrated globally as the unofficial holiday of pot smokers. But for real stoners who smoke weed everyday, it’s just another day!

Stay tuned to this blog for more updates, information, and education on all things cannabis!

Page load link
We use cookies on our website to give you the most relevant experience by remembering your preferences and repeat visits. By clicking “Accept All”, you consent to the use of ALL the cookies. However, you may visit "Cookie Settings" to provide a controlled consent.
Read MoreCookie SettingsReject AllAcceptAccept All
Manage consent

This website uses cookies to improve your experience while you navigate through the website. Out of these, the cookies that are categorized as necessary are stored on your browser as they are essential for the working of basic functionalities of the website. We also use third-party cookies that help us analyze and understand how you use this website. These cookies will be stored in your browser only with your consent. You also have the option to opt-out of these cookies. But opting out of some of these cookies may affect your browsing experience.
Necessary Always Enabled
Necessary cookies are absolutely essential for the website to function properly. These cookies ensure basic functionalities and security features of the website, anonymously.
Functional
Functional cookies help to perform certain functionalities like sharing the content of the website on social media platforms, collect feedbacks, and other third-party features.
Performance
Performance cookies are used to understand and analyze the key performance indexes of the website which helps in delivering a better user experience for the visitors.
Analytics
Analytical cookies are used to understand how visitors interact with the website. These cookies help provide information on metrics the number of visitors, bounce rate, traffic source, etc.
Advertisement
Advertisement cookies are used to provide visitors with relevant ads and marketing campaigns. These cookies track visitors across websites and collect information to provide customized ads.
Others
Other uncategorized cookies are those that are being analyzed and have not been classified into a category as yet.
SAVE & ACCEPT
Powered by

Open chat
1
Powered by
If you are looking for weed, browse our web and follow the instructions.
However, if you need further assistance, please let me know.
In order to help you, please tell me your name, age, nationality and city of residency.
Go to Top